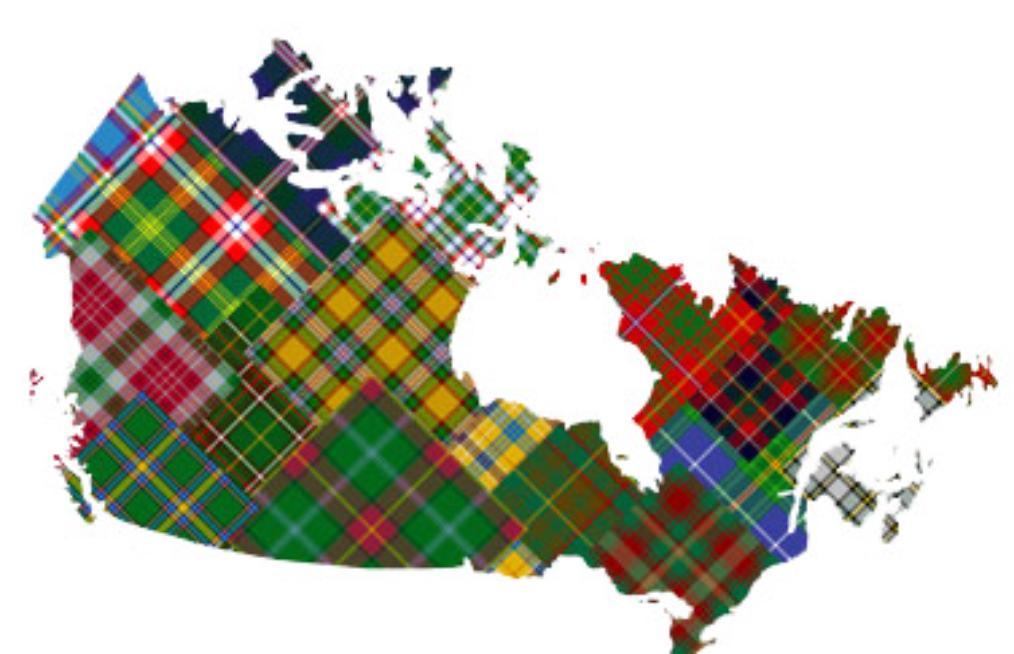 Scottish Canadians were among the first Europeans to arrive. The Kingdom of Scotland established the colony of Nova Scotia in 1621 and among the colonists of New France were Scots traders, merchants, soldiers and farmers- including Abraham Martin dit l’Ecossais, whose name lives on in the famed Plains of Abraham.

Canadian from the start

The earliest Scots in Canada were in some ways very different from the far greater numbers who would arrive later on. If you are one of their descendants, you are much more likely to be of the Roman Catholic faith and have a strong French and native background.

The Scots played both a leading role in defeating French power in Canada and in protecting the culture of their former allies from extinction in North America. Unlike their Irish cousins they didn’t tend to arrive under desperate circumstances, although that is not the case with the Highlanders of the late 18th century who did have much more in common with the Catholic Irish than their Scottish Lowland compatriots.

The French defeat on the Plains of Abraham came on the 13th of September 1759. Scots Brigadier-General James Murray accepted the capitulation of French forces five days after the battlefield death of English General James Wolfe. After the defeat, Murray – who became the first British governor of Quebec – refused English attempts to wipe French culture from the North American map.

His defeated French counterpart, Major Jean-Baptiste-Nicolas-Roch de Ramezay (Ramsay), was of Scottish descent. Ramezay’s family emigrated from Scotland to France in the late 15th or early 16th century and settled in Burgundy. At this point all Scots were French citizens; a law that wasn’t repealed until 1903. It was a legacy of an earlier Scottish military intervention when the French army was close to total defeat by the English. Henry V’s victory at the Battle of Agincourt in 1415 was one of England’s greatest military achievements, but for the French it was a disaster that led to near collapse.  The Dauphin turned to the Scots under the mutual defence pact known as the Auld Alliance (1259-1560). A Scots Expeditionary Force of 12 thousand men soon boarded ships bound for France. The French appointed the Earl of Douglas as Lieutenant General of the combined Franco-Scottish army; within a few years they had turned the tide. At the Battle of Bauge they defeated the English, while the Garde Écossaise helped Joan of Arc liberate Orleans.

As a result, citizenship and titles were bestowed on the victorious Scots and their descendants. This is how the Bank of France came to be founded by a Scotsman, and how people like the Ramezays gained French titles and lands.

Brigadier-General James Murray no doubt knew this long history. When French defeat came, the Scots didn’t seek to put the boot in, instead their commanders and soldiers helped lay the foundations of Canada and its French/English duality.

Later Scottish arrivals were staunchly protestant but as in the past even the poorest among them shared an educational level that made the Scots the world’s most literate people well into the 19th century. Despite their relatively small numbers, their ability to read, write, endure and adapt, propelled them through the ranks wherever they went. The Kingdom of Scotland however was a fading memory; the English – rather than the French – were their allies and the Scots were now front-and-centre in an emerging British Empire rather than a supporting cast to a fading French one.

Long famed as plucky underdogs, the Scots who consistently refused to bend the knee (most famously to the Roman and Norman conquerors of the rest of Britain) were now junior partners in Britain Inc. They made up just 10 percent of the British population, but effectively ran an empire within an empire, from Canada’s Hudson Bay to Bengal and the East India Company. Half their entire population left home in the 19th century, fanning out across the nascent empire, staffing and administering every branch office, while remaining strangely happy to leave England’s name prominent on the office door. Perhaps the clichéd imperial cry of ‘Make the World England’ provided a cover of plausible deniability while Scots made huge fortunes excelling in something they had always fought so hard to prevent from happening to themselves.

In their education system at least, they exported via the Empire to Canada and the globe something of a saving grace- the idea of education for all and success through meritocracy rather than birth right. It’s an idea, unfortunately, which is still a long way off from being applied remotely equally to the native populations of Canada, America and Australia.

While Canada’s issues with its First Nations are still a great distance from resolution, the country as a whole remains the most socially mobile member of the English speaking world. Outside of Quebec, distinctive Scottish values dominate Canadian education, politics and social outlook. By contrast the greatest contribution of the Scots to neighbouring America were the ideas and manpower for the American Revolution; in both countries though philanthropy by the rich was championed by Scottish Americans and Canadians.

The Scots remain the third largest ethnic group in Canada. However the term ethnic would be abhorrent to most of them. Scottish values are a state of mind- it is why their natural successors are to be found in the New World where the disgraceful concept of ethnic purity is a blatant oxymoron. As the late Scots author and poet William McIlveney once said to a cheering crowd, the Scots see themselves as a ‘mongrel nation‘. In the most simple of terms, they may be mainly white, but from their earliest history to the current day they have provided sanctuary and refugee status to countless people escaping persecution elsewhere. That is about as Canadian a concept as you can get; in a world at risk of descending back into tribalism, now is not the time to forget the road map the Scots gave us, least we take a backwards detour.